WOA was established in 1985 and is awarded to a woman who personifies the spirit and humanitarianism of Zonta.

This award is given every two years.

The recipient exhibits commitment through service or advocacy to improve the legal, political, economic, educational, health and professional status of women.

The recipient has not previously been recognised at a State or national level for the work she is currently doing but whose contribution has been significant.

Members of Zonta are not eligible.

The prize of $500 goes towards the winner’s nominated charity.

The 2022 Winner of Woman of Achievement was awarded to Penny Hooper.

Penny has worked in a voluntary capacity for the Australian branch of the organisation Days for Girls since 2013.  There are 500 million women and girls around the world whose wellbeing, education and livelihood are impacted by their menstrual cycle. Their lack of knowledge about how their cycle functions, the lack of availability and cost of supplies for their period, and the taboos in their culture which prevent girls from attending school while they are menstruating all have a profound impact on the women. Many days of school or work are lost during this time. Days for Girls attempts to address the problem of Period Poverty by providing women and girls with a reusable kit for their cycle and the health education they need to accompany it.

Penny has always been involved in some type of volunteering. She first heard of the Days for Girls project while she was helping on another project with her mother known as the Uthando Project, whose mission is to create handmade dolls that are used in play-based therapy for disadvantaged children in South Africa. While working at the Claremont Fair with this project, she met Karin Maltby, involved with Days for Girls, and the rest, as they say, is history!

Since then, with the help of Karin Maltby, the Uthango project established a Chapter of Days for Girls in Perth. Since 2013 she has helped establish a number of teams in metro and regional areas of WA, mentored new teams, coordinated sewing bees around the state and monitored the quality control of all materials that are made by the WA teams. She is now the Western Australian Sewing Specialist and is constantly reviewing the kit and finding new ways to source materials and improve its quality.

Her home in Guildford was initially the space where the sewing was completed, but the project grew so large that she now runs sewing days in halls and recreation centres all over Perth. She speaks to many organisations such as ours advocating for the Period Project and raising money to cover the cost of materials.

The rest of her time is spent preparing fabric for monthly sewing events and take-home packs to keep the home sewers busy. This has been especially important throughout the Covid lockdowns to keep loneliness at bay. As State Sewing Specialist, Penny and the other state representatives are constantly reviewing the quality of the kits.

Penny finds any random people travelling on holiday to Bali, Africa etc to deliver the kits for free to avoid transport/delivery costs. The kits and the health information are either delivered to a central drop-off point where a volunteer in that city/town will distribute them, or the travellers themselves deliver them directly to the villages.

In 2019-2020, Australian Chapters and Teams distributed nearly 46,000 kits in 44 countries. Penny’s team made 3,500 kits. Then Covid arrived, and she and the organisation had to rethink the way they did things. Overseas travel virtually halted and with it their method of delivery. Despite these challenges, the project is still forging ahead. Days for Girls Australia partnered with World Vision Canada to distribute the kits in refugee camps in Afghanistan, Somalia and Burundi.  Hopefully, when the world returns to some semblance of normality, travellers will again be delivering these life-changing kits around the globe.

Penny’s remarkable generosity, talent and perseverance have changed the lives of many, many girls around the world. Prior to them receiving a Days for Girls kit, they missed several days of school or work every month, they were shunned by male members in their culture, and they lived with the embarrassment of using cornhusks, leaves or paper to cope with their period a time each month that many of us in first world countries cope with relative ease.  Penny truly embodies the ideals and humanitarianism of the founders of Zonta. 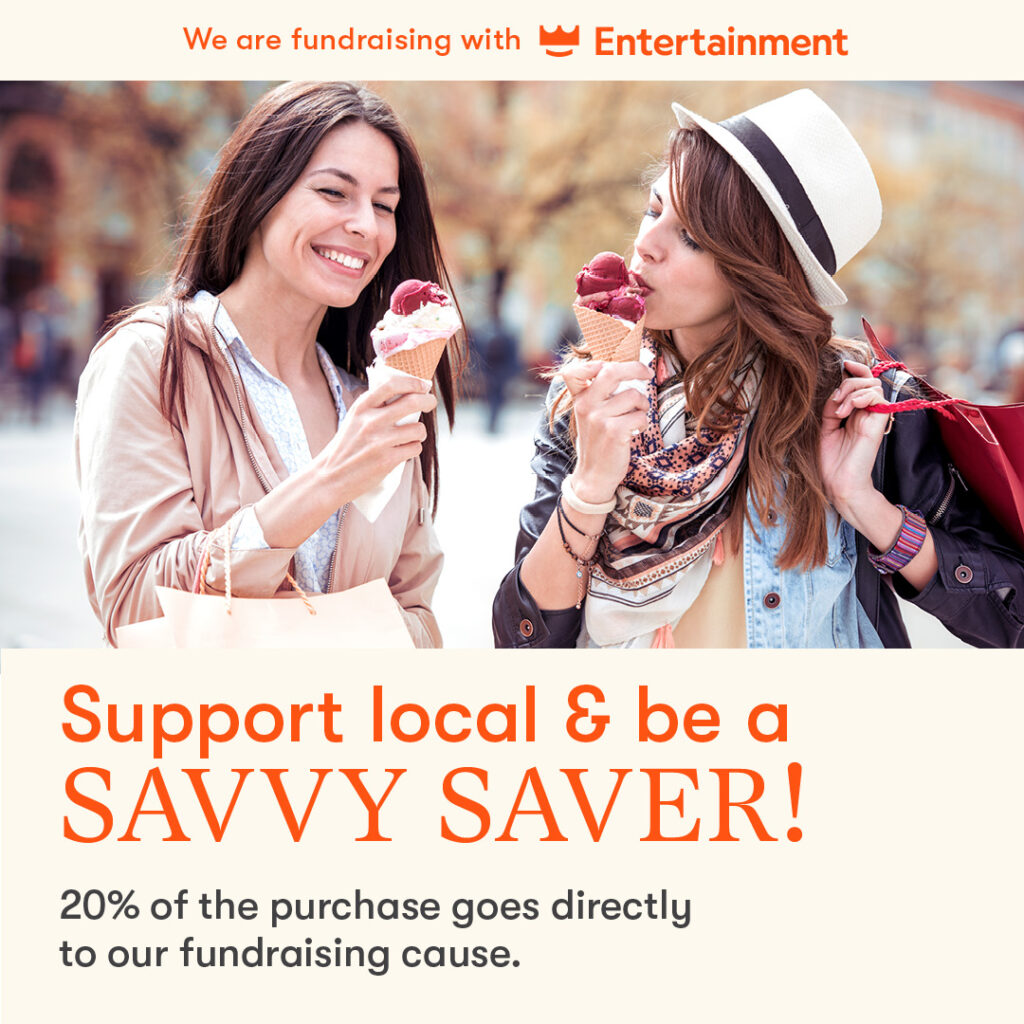 Memberships are now valid for 12 months from date of purchase. Books are no longer available. Digital memberships only. 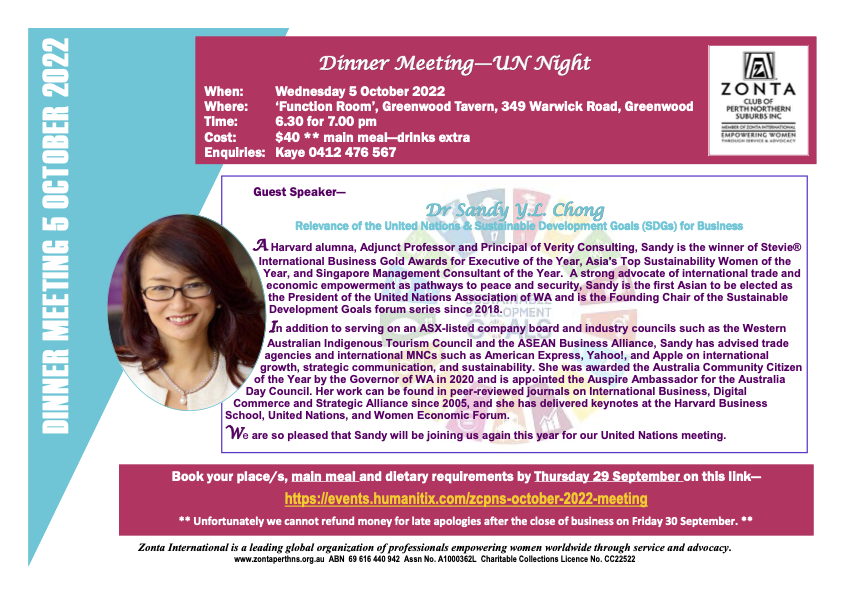 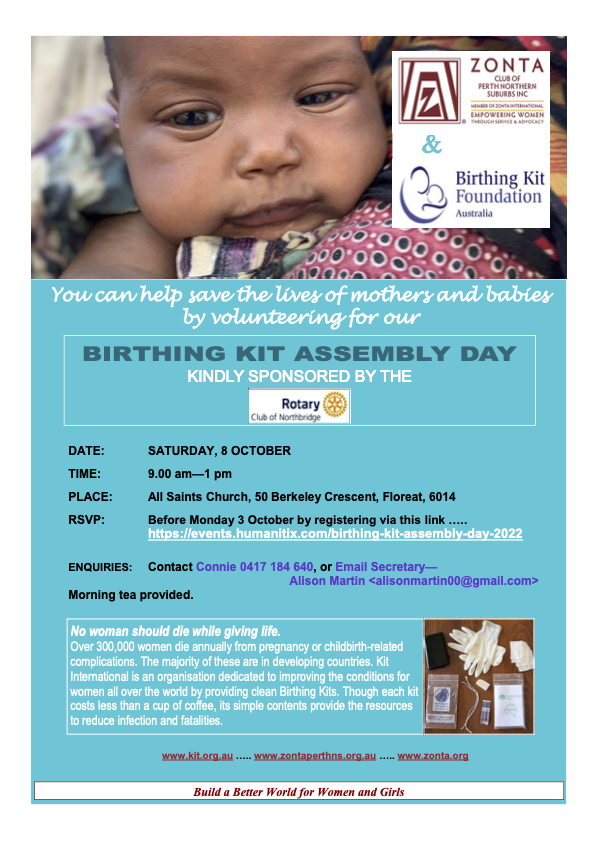 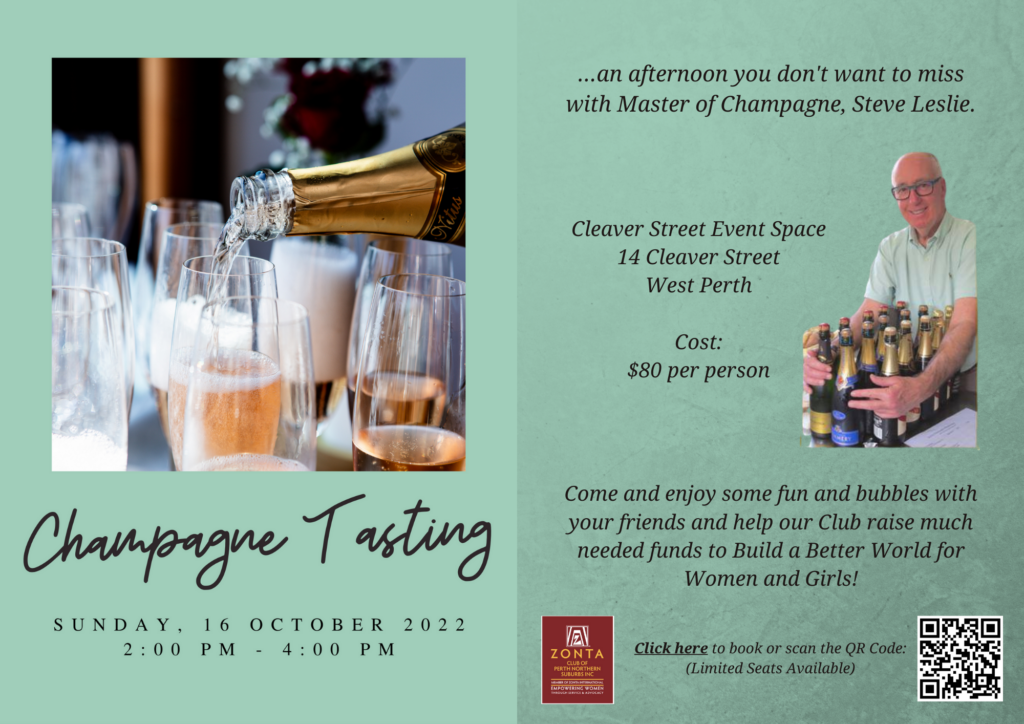